GNOME Builder is under heavy development. This usually implies that such an application might require very new versions of its dependencies.

Upstream recently bumped their dependencies, and now require things that are only in Rawhide.

I have no intention to provide development builds of Gtk3 (among other things) in a Fedora 21 copr, as that might imply either breaking half of the distro, or having to rebuild it.

As a result, the GNOME Builder copr will from now on be Rawhide-only.

I have dropped the Fedora 21 repos, they won't be updated any more.

If you were using it on Fedora 21, please delete it:

If you still want to try GNOME Builder on Fedora 21, you'll now have to go the jhbuild route.

I just came back from the Bodhi 2 FAD in Denver.

I flew from Paris on Saturday 31st morning. Luke, Kevin, Ricky and I started hacking on Sunday morning, the other participants arriving during the day.

The first two days, I started with many small things, as a warm up: packaging in Fedora some of the Bodhi 2 dependencies, escaping raw HTML in forms, adding license headers to all files, fixing some small issues in the update management,...

On Tuesday I implemented the whole release management. This area is particularly lacking in Bodhi 1, but Bodhi 2 should be a big improvement:

Before dinner, I then quickly implemented the file-based creation of updates as needed by « fedpkg update ».

On Wednesday, I started implementing the management of buildroot overrides, tagging the build appropriately in Koji, ... That's not all done though, so I'll try to finish it in the next few days.

We also had some discussions about the mashing process. We haven't decided whether we'd use the koji-mash plugin I wrote, or the more generic « run any command as root » plugin, but now that we have a working staging instance of Koji we should be able to test them and take the decision.

Overall, it was a great event. We made lots of progress, and had tons of fun.

Finally, I'd like to thank Ralph for organizing the event, Kevin for picking me up at the airport on Saturday, Tim for bringing me to the airport on Thursday (at 7am!), and Red Hat for funding my trip.

It was my first FAD, and I loved it. Looking forward to the next one.

I've been experimenting with gom, the GObject data mapper recently.

With a lot of help from Bastien Nocera, I eventually managed to get started using it as an experiment for one of my projects.

I have to say I'm quite impressed. Sure, writing GObject code is super verbose, but then managing objects and properties is so much nicer than managing strings full of SQL queries. And I hear the verbosity might be greatly reduced in the near future!

I'll eventually push it to Fedora proper, but I'd rather wait for an actual release. Maybe in time for GNOME 3.14?

In the meantime, if you want to try it out, go grab the packages from the Copr. Gom is under quick development, and now is a great time to test it and ensure it has the features your application needs. For example, I needed boolean properties and columns with a UNIQUE constraint, and both are now possible in master.

Now to play some more with it...

New releases from the Cangjians

It's been a few months since our last releases, and we have made a few bug fixes and improvements since then.

These are once more minor releases, preserving the API/ABI and without disruptive user-visible changes, so they should be really safe to update to even in stable distros.

Fedora packages are on their way, and other distributions will pick them up at their own rythm.

So without further ado, here are the changelogs for the new releases.

New releases from the Cangjians

We made our first round of major releases on Christmas day, and since then, a few issues were found, and some were fixed.

So on this second day of the new year of the horse, here comes a new round.

All of these are pretty minor releases, which fix bugs and improve the internals without introducing any user-visible change. We recommend everybody to upgrade as soon as possible. (Fedora packages are coming)

I'll finish with the changelog for each release.

Happy Chinese New Year to everyone!

The Cangjians wish you a merry Christmas

About a year and a half ago now, we set out to fix what seemed to us like the one critical issue which was preventing broad adoption of Free Software in Hong Kong: the lack of a good Cangjie/Quick input method for IBus.

And today, at the foot of the Christmas tree, we have 3 presents: today we are releasing libcangjie 1.0, pycangjie 1.0, and IBus Cangjie 2.0.

This is a release we are very proud of, it is the achievement of a year and a half of hard work, of studying all about Chinese input methods, and the lessons we learned with our previous attempts.

Speaking of previous attempts, even though we don't use Wan Leung Wong's libcangjie any more (we rewrote it completely), the hindsight we got from Wan Leung's original efforts was invaluable, and we wouldn't be where we are right now without it.

Without further ado, here are the links to the release:

Fedora packages are already on their way, and we'll get them very soon at least in Ubuntu and Arch Linux.

The major highlight from this release is that finally, we support all the characters which are important in Hong Kong out of the box.

But we're not done yet. For the next release, we are already working on a few things. Among others, suggestion of whole expressions and automatic translation from Traditional to Simplified Chinese are on our TODO list.

Merry Christmas to all, and don't hesitate to join us, send us code or bug reports, or just let us know how this release works for you.

At work we produce our own distribution which is basically a downstream of RHEL / Fedora, adapted to the specific needs of our products.

We're looking to hire someone to do the following:

Basically, in Fedora terms, we need someone to be part of the provenpackager, buildsys-build and releng teams for our OS.

One last thing, you'd need to be willing to come and live in Hong Kong.

If you're interested, send me an email at "bochecha at fedoraproject dot org". Be sure to specify your FAS login, as we'll check that as well as your resume. 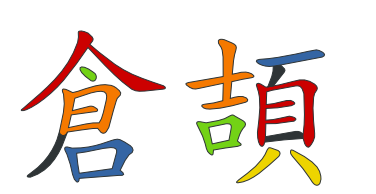 I have been hacking on Chinese input methods for Hong Kong people for more than a year now, and recently the project gained some momentum.

In order to increase participation, and make it less of a "one man show", I created some time ago the Cangjians team on Github, and moved upstream development of the various Cangjie-related stuff there.

We're only two core contributors at the moment, Koala and I, but I'm hopeful that we can grow this team to the point where we leave the absurd situation we are in now, i.e where the biggest contributor can't even read Chinese.

And in fact, we made great progress last Wednesday at The Loop, and Sam just keeps sending us tons of pull requests to fix lots of small things here and there, like making lincangjie2 build on Windows, fixing build warnings, etc... In other words, he's paying a lot of attention to the details, which eventually makes a big difference for the library.

We have a simple website, which we're still working on, but hopefully it's good enough already to showcase what we do, publish the documentation, etc...

If you are interested in all things related to Cangjie, come and talk to us. We'll be thrilled to receive your feedback and/or your help.

A great iteration at The Loop

I realize I should blog more often about The Loop, the Free Software hackfest we are running every two weeks at the Dim Sum Labs here in Hong Kong, so here's an attempt at doing just that. We'll see how long it lasts.

I'm back from tonight's event, and it went great!

We weren't too many people tonight (that means there's room for you!), but what we didn't have in quantity, we definitely made up for in quality.

While Koala was busy working on a new website for the Ubuntu Hong Kong community, Sam multiplied the pull requests to make libcangjie2 build on Windows.

Jeremy, who just arrived in Hong Kong 2 months ago, started hacking on Firefox / ASM.js. However, while that was building, we worked together on fixing an issue in pycangjie so that it can now build on Ubuntu 12.04.

As for myself, I started having a look into Travis CI, and did some preliminary work to use it for libcangjie2. And as Travis runs on Ubuntu 12.04, we can now also add pycangjie thanks to Jeremy.

All in all, it was a very productive evening, we did lots of good stuff, all while having fun.

So don't hesitate and join us!

If you look at the calendar, you'll see that next event will happen on September 16. No registration required, the event is free for all. Just come, and have fun with us making Free Software.

It's been a while since I last blogued about IBus Cangjie, but we've only been quiet, not inactive.

Something great happened just today: Haggen just finished uploading IBus Cangjie to his PPA. Thanks to his work, it is now trivial to install IBus Cangjie in Ubuntu 12.04. One step closer to world domination.

On my side, I've just finished revamping the website a bit. It should now look nicer, and be easier to navigate. Let me know what you think!